Dealing with the consequences of an unattended death or crime scene that has left your location with bodily fluid and blood from the deceased or injured victim is an unimaginable difficulty that no one should have to experience. Grieving families shouldn’t have to grapple with evidence at a trauma scene and should leave that duty to crime scene cleaners. 911 Hazmat Cleanup, serving the Alameda, CA, community, and beyond, understands the aftermath of such an event is both emotionally scarring and hazardous to the physical health of those directly affected.

911 Hazmat Cleanup offers blood/dead body/death cleanup in Alameda. These biohazard cleanup services in the Bay Area align with the strict regulations put forth by the EPA, OSHA, and the Department of Transportation to ensure any affected areas return to a safe condition. Our crew takes over crime scene cleanup and unattended death cleanup for the safety of everyone involved.

Professional biohazard cleaning services should always handle blood cleanup from crime scenes. 911 Hazmat Cleanup ensures that we take every detail into account when crime scene cleaning. The process of unattended death cleanup or suicide cleanup is often the first step in recovery for those left behind. 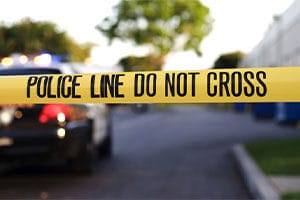 Human and animal body decomposition from an unattended death begins as early as two days after the death in question. That is why it is important for crime scene cleaners to clean up suicide and unattended death remains as soon as possible. Bodily fluids and other biohazard materials accumulate quickly during the decomposition process.

Crime scene cleaning is a sensitive matter that 911 Hazmat Cleanup attends to with care. We understand how hard it can be to return to normal life after such a traumatic event. While we can’t undo the unfortunate circumstances, our job allows us to return the scene to its previously safe state.

Blood and Crime Scene Clean Up in Alameda, California

Areas like San Francisco and San Jose may be home to beautiful Pacific locales, but with these dense metropolitan areas comes an unfortunate risk of crime. Over seven million people reside in the San Francisco Bay area alone, and this increased crime factor means more need for crime scene cleaners. Alameda is located in Alameda County, CA, spanning from Alameda Island to Bay Farm Island, just south of Oakland, across the San Francisco Bay.

Alameda, CA, and its surrounding areas can rely on professional services from 911 Hazmat Cleanup to provide safe and efficient crime scene cleanup with the utmost discretion and compassion.