Do I need to hire a professional crime scene cleaner in San Francisco? Lots of people ask this question about their situation. This is partly because they want to keep expenses down and partly because they figure that they can probably handle it themselves. Whenever you have to deal with bodily fluids from another person, care must be exercised. A multitude of scenarios would have bodily fluids to deal with, including homicides, unattended deaths, and more. It is important to have the right cleaners and equipment to deal with these scenarios, and most people do not have that. When you add in other elements to the scenario, such as sharp objects, unknown chemicals, drugs, and other materials, having the training to deal with these things means it is wise to contact the experts from 911 Hazmat Cleanup, LLC.

How Does Crime Scene Clean Up in San Francisco Work?

Cleaning up from a crime scene is a lot different than cleaning your kitchen. This is especially true when bodily fluids, drugs, and other materials are present at a crime scene. Some chemicals are very toxic, and can readily transfer through the skin and affect your body in various ways, none of which are positive in nature. The team from 911 Hazmat Cleanup, LLC uses a variety of commercial solvents and proprietary cleaners which have been developed specifically for the task of bioremediation. This unique cleaning process provides exceptional cleanup, deodorization, and sanitization returning it to a perfectly safe and livable condition. Every scenario is different, and the amount of time required to complete the work will vary.

Who Pays to Clean Up a Crime Scene? 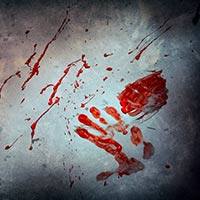 We work with clients and their homeowners’ insurance throughout the process. While we cannot speak to a specific scenario or insurance company because every situation is unique, in most cases the services of 911 Hazmat Cleanup, LLC are covered by a homeowner’s insurance policy.

San Francisco was founded on June 29, 1776, when colonists from Spain established the Presidio of San Francisco at the Golden Gate and Mission San Francisco de Asís a few miles away, both named for Francis of Assisi. A popular tourist destination, San Francisco is known for its cool summers, fog, steep rolling hills, eclectic mix of architecture, and landmarks, including the Golden Gate Bridge, cable cars, the former Alcatraz Federal Penitentiary, Fisherman’s Wharf, and its Chinatown district.